I could clearly see a cop pointing a laser gun in my direction but my radar didn’t go off.  Why? 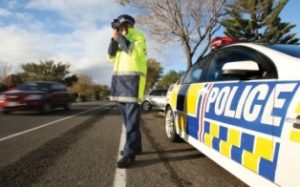 Incidentally, it only takes about 2 seconds for the police to get a lock on your speed.  Generally by the time you hear the alert and hit the brakes, your speed has been recorded.  You’d need one of our special laser parking sensors to take care of that (laser jammers).  Read more here.