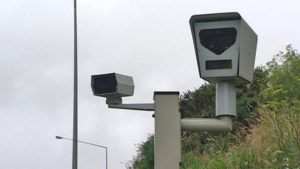 As part of this process, most of the old well-known original locations were decommissioned.

Until the release of the upcoming product from Genevo, no portable window mounted radar detector will reliably warn you about fixed pole cameras without a GPS database.

That rules out the Valentine One (V1 radar detector) and many older detectors.

If you have a GPS enabled radar detector, it’s time to update the GPS database.

If you bought your Escort or Uniden detector from NZ Radars in 2018 or later, it’s already up to date with the latest speed camera and red light camera locations.

Unfortunately, for now, Escort has decided to leave the OLD speed camera locations in the database as well, which means your detector will warn you of a speed camera that was actually removed over a year ago.